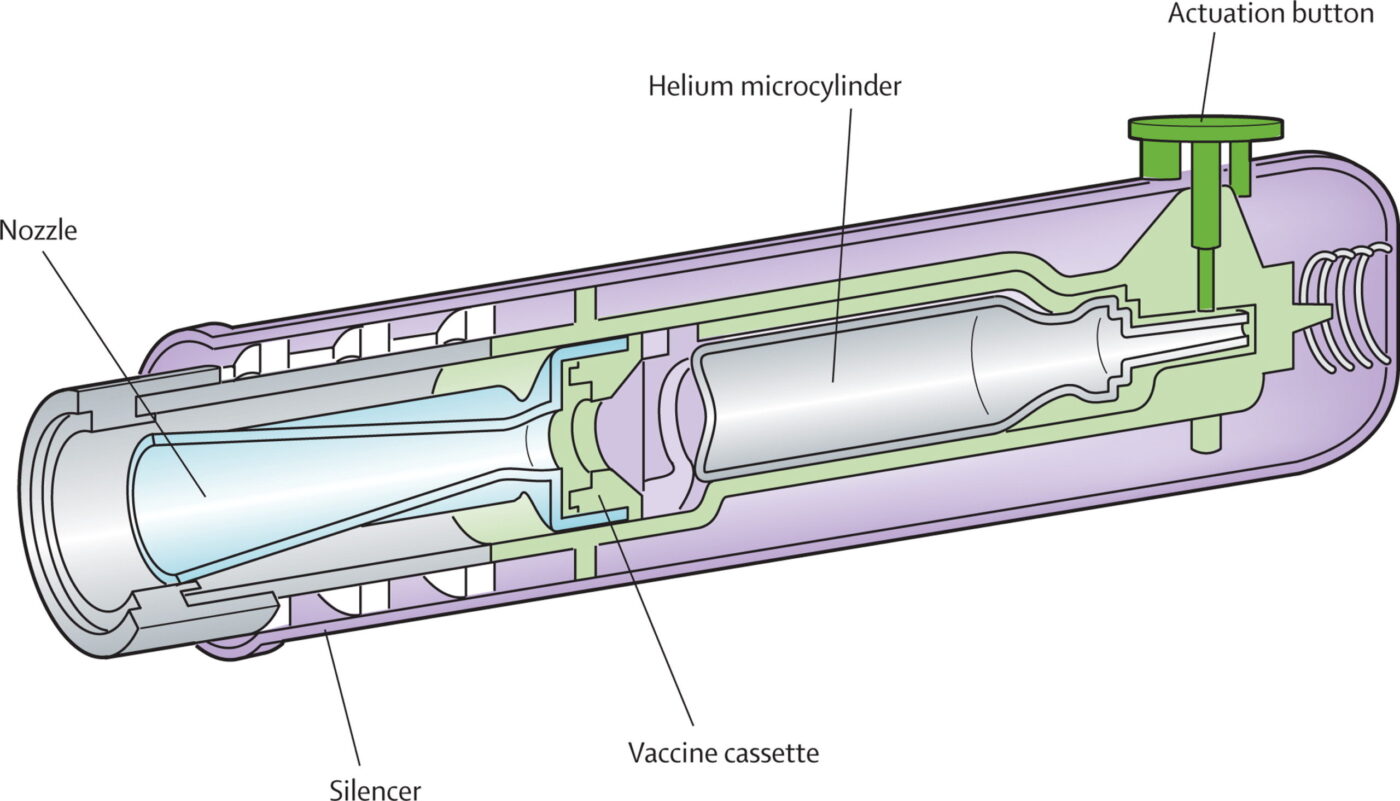 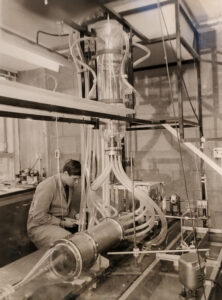 Professor Brian Bellhouse (Mathematics, 1957) was without doubt one of the most influential figures in the recent history of Magdalen. He was a gifted academic and engineer, becoming a tutorial fellow at Magdalen in 1966 and a professor of engineering science in 1998. Today, however, he is perhaps best known for his impressive and influential entrepreneurial success.

From Innovation to Realization:

Professor Bellhouse’s entrepreneurial journey started in the early 1990s. In 1992, he was working on a powdered injector to deliver genetic material into plant cells when he wondered whether the same technique could be adapted to delivering drugs to humans.

This thought encouraged him to experiment. He therefore injected himself with finely ground rock salt. A few hours later, his skin began to bleed. This was revolutionary. As he explained at the time:

Salt bursts the red blood cells. This proved that it had worked. And it was utterly painless. It felt like a puff of air.”

This discovery quickly led him on an extremely successful entrepreneurial journey. He knew that the pain and fear of needle injection limited the use of many important medicines and realised that his discovery could help to solve this problem. With the help of Oxford University Innovation and financial support from his son-in-law Paul Drayson, Professor Bellhouse founded the pharmaceutical company PowderJect to develop and market his idea.

After product development, the PowderJect device was developed. The device functions using cassettes. These are housed in the middle of the delivery device and hold the particle formulated drugs or vaccines.

The device then uses a helium gas jet to accelerate the particles to a velocity fast enough to deliver them into the skin in a way that is almost painless.

To begin with, PowderJect worked on drug delivery. The company soon realised, however, that the technology could be equally effective in the vaccination process. Indeed, as the PowderJect device could optimise the depth of delivery of particles into the skin, vaccinations could be delivered precisely to a target site for the first time. This precision was important, as it meant that equivalent immune responses could suddenly be achieved with much lower doses, reducing the risk of any side effects from vaccination.

Due to the revolutionary nature of this technology, PowderJect quickly became a very successful business. In 1997, just 5 years after Professor Bellhouse had developed the concept, it already had a market valuation of £50 million. The company continued to grow from strength to strength until it was sold in 2003 to the US pharmaceuticals group Chiron. After a period of intense negotiation, the final takeover bid was £542 million. The rapid growth and influential nature of PowderJect makes it one of the most successful spin-off companies in the history of Oxford University.

Professor Bellhouse has a multi-faceted legacy that stretches across Oxford and beyond. To begin with, he helped to encourage the development of future entrepreneurs by acting as a mentor to members of the college. One of these mentees was Professor Constantin Coussios, who is also featured in this exhibition. 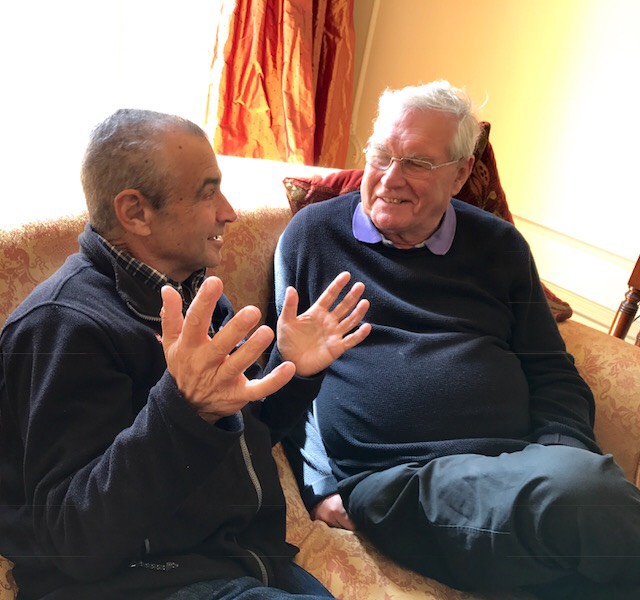 Professor Brian Bellhouse (on right) with Professor Warren Zapol. Photograph used with permission of the family.

Further afield, Professor Bellhouse was a very generous benefactor to both Magdalen College and the wider university throughout his life. He supported the endowment of the Oxford-Bellhouse Graduate Scholarship in Biomedical Engineering at Magdalen College and gave a substantial gift towards the building of the institute of Biomedical Engineering at the university. In 2020, the newest building on the Oxford Science Park will be opened under the name “The Bellhouse Building“.

Professor Bellhouse not only created an influential product that changed medicine, but also left a lasting legacy that has fostered both the development of his subject and future entrepreneurial projects throughout the city.